Sorting the Trash (Recycling in Petersburg)

0
SHARES
76
VIEWS
Share on FacebookShare on Twitter
Veronika Madyarova
Sorting the Trash
Snob.ru June 3, 2016
Plastic: burn it or throw it away? A hundredweight of cast iron: turn it in for money or just leave it? And what do Jews have to do with anything? On the eve of World Environment Day, Snob introduces you to people involved in something quite unusual in Russia: waste sorting.
Blaming the Jews Again
Petersburg has five million residents. Four of them are involved in waste sorting. That would be us, Collection Point [Tochka sbora], and our several thousand customers.
We put our green trailer in a supermarket parking lot south of the Obvodny Canal. We accept almost anything recyclable.
Fig. 1 Obvodny Canal, Petersburg, May 27, 2016. Photo by the Russian Reader
If you could see the people who bring us their trash.
A handsome young deaf man who looks like DiCaprio. A young woman with a pet raccoon. Little old grannies who tell us nothing should go to waste. University lecturers whose courses we once attended. Lena, a rural agronomist, who comes from Leningrad Region once a month with a trunk full of garbage. Darya, a ballerina and biker who collects broken dishes all over the city and makes mosaics from them. We help her out. 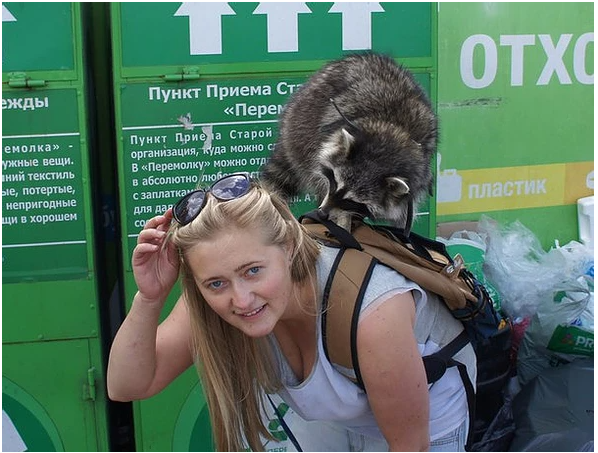 Fig. 2 Enthusiastic recycler Masha and her pet raccoon. Photo: Ilya Snopchenko.
Courtesy of Collection Point
There is also the middle-aged woman in a beret who brings us newspapers and empty kefir bottles, and pushes her theory on us every time she comes.
“My neighbor says he won’t turn things in for nothing. If it’s for money, then he will do it. You know why he is that way? Because he’s Jewish!”
“I’m Jewish too. And so is our director, who thought all this up.”
She freezes, her mouth twisted to one side. In a couple of weeks, however, she will be back again with her bottles, and the conversation will be repeated.
They say you can earn big money on recycling. Certain types of waste are actually worth something, such as waste paper or metal. But the collection and recycling of everything else, such as glass and especially petroleum-based plastics, are subsidized the world over as a long-term investment that will bring future environmental benefits.
We accept everything free of charge. The profit from the metal and paper covers (or, should cover) the losses from handling the non-valuable types of waste. We are making a go of it. But so far a lot of independent action is demanded of our customers, for example, washing and sorting plastics into four categories, and remembering what we take and when we take it. The most amazing thing is that they do it.
A Plastic Icon: Burn it or Throw it Away?
Two priests, one younger, one older, often stop by. The young priest, Father Sergius, skips along: he is overflowing with the joy of life. He once shared a moral and ecological dilemma with us. His parishioners often drag cheap plastic icons to church. You cannot really throw them away, can you? The only dignified way of disposing of sacred items is burning them. But burning plastic is bad for the environment. For the time being he has been piling them up because he cannot decide what to do.
Father Vladislav carefully cuts the labels off of bottles of Sacred Spring brand mineral water. I tell him not to bother. We take them as they are, with the labels on or off. It turns out he collects the labels separately and burns them, because the spring is sacred, after all. But it wasn’t this that impressed me about him, but the expression on his face when I told him there had been a fire at the collection point. The only other person I have seen with a face like that was a psychotherapist. It expressed not just compassion, but an absolute willingness to delve into the problem, to hear me out and draw me out, and to do it as necessary and as long as necessary. It was a professional reflex. 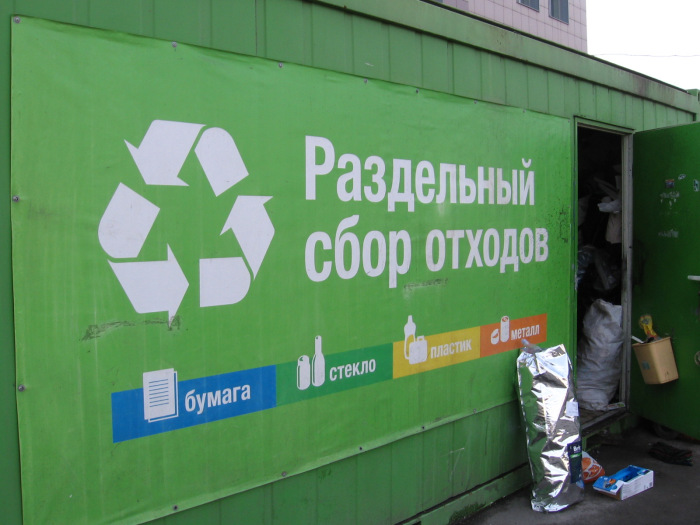 Indonesia and Other Countries’ Efforts in Ending Plastic Pollution